The Hope Foundation UK were delighted to have had newly crowned Miss England 2019, Bhasha Mukherjee as our very special guest in attendance at the recent Annual Gala Fundraising Dinner. Bhasha, who was born in Kolkata, India and has been living in the UK for the past 14 years, was crowned Miss England last month. She is currently working as a junior hospital doctor in Lincolnshire.

The event, which was held on Friday 4th October in the magnificent surroundings of the 5-star May Fair Hotel in London, began with a drinks reception followed by dinner, a prize draw and live auction. Attendees had the opportunity to learn more about the work of HOPE.

We would like to thank everybody that contributed towards making the event such a wonderful success. Thank you to everybody that attended and took part in the auction, your support is greatly appreciated.

We are deeply grateful to our generous event sponsors DW Sports and Britannia Tea. A special thank you to Miss England Bhasha Mukherjee, and thanks also to the host for the night, HOPE Ambassador and great supporter, Reza Beyad. 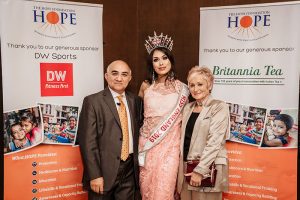 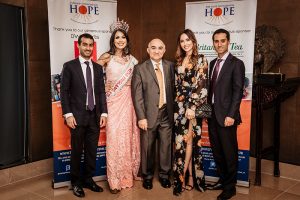 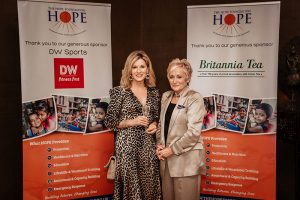 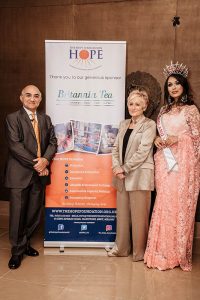 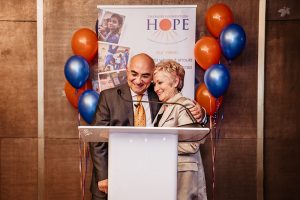 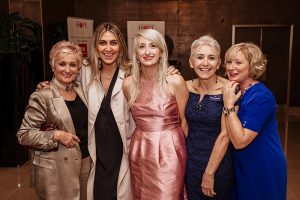