You are here:
HOPE UK Ambassadors 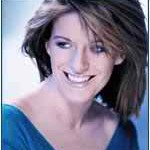 We are delighted that Andrea not only lends her name to the charity but also takes a “hands on” role, assisting us with our media work and sponsoring two children in Kolkata.

“Hope allows us to be aware of the deprivation that street-connected children endure in the third world, and allows us to do something about it. That is why I am thrilled to a patron of such a worthy charity. We can have the creature comforts at home, but let’s not forget the children who desperately need our help”.

Shelley was born in Kolkata and has visited HOPE projects in the city to see first-hand how important the charity’s work there is.

Shelley said: “I feel privileged to be an ambassador for the children of Kolkata. I will do everything I can to make people aware of the work of The Hope Foundation and the urgent need for donations.”

Reza is deeply committed to public service and the voluntary sector. He sits on the Board of several charities including the Chelsea & Westminster Hospital Development Board.

Reza has maintained an unwavering commitment to supporting the most vulnerable through his charity programmes. He works for mainly children’s charities and has a passionate belief in the “healing powers of robust compassion”.

A practicing Muslim, Reza went to a well-known Jesuit School in Kolkata; and one of his main interests is to engage in constructive inter-faith dialogues and help build bridges between different faiths and communities. His own faith underpins his efforts to create a more caring, just and inclusive society.

Reza has been married for 37 years and has three grown up children; all very successful in their respective fields.

“I can think of nothing more important than rescuing vulnerable children from the dangers and violence of the streets. The Hope Foundation offers them a lifeline of support, care and education and the chance of a brighter future. I am very happy to be a patron of such a deserving charity.”

“I am aware that the plight of the street-connected children in Kolkata needs our immediate attention and I had no hesitation in becoming a patron of The Hope Foundation, in the hope that I might be able to help in some way.”

Principal of The Yoga Academy

“I believe that Yoga is India’s greatest gift to the world. Yoga Academy teachers, trainees and I are coming together to give something back. We are raising awareness and funds for The Hope Foundation’s work for India’s street-connected children through donation yoga days and classes, fundraising events and sponsorships.”

“There is a ‘truth’ in giving, a truth about humanity, a truth which reveals itself through a simple act of goodwill. The truth is that we have the potential and the power to do so much good in a time of great need to make a tangible difference. As a patron of The Hope Foundation I am asking you to experience a truth and the joy of giving. Our deeds can shape the world around us. Incredibly, each of us can make a difference to all of us for the betterment of mankind. It us up to me, it is up to you, it is up to us. Thank you.”

“I am delighted to be a patron of The Hope Foundation”.

“I was profoundly honoured to be asked to become a Patron of Hope and accepted without a moment’s thought. It is a new and splendid charity and I fervently hope it receives all the support it so richly deserves.”

“I have had the excellent fortune to be involved, through my photography, with a number of charitable ventures over the years, and am extremely proud to have been asked to be a patron for HOPE. It remains our collective responsibility and obligation to make the world’s children our priority and to find our own individual ways to contribute to their safe future. We have a duty to create as safe an environment as possible for our children, a notion that is supported wholly by the HOPE FOUNDATION”.

“As we sit in our comfortable bubble, it is hard to imagine the deprivation that the street-connected children in the third world have to endure. So the realization came to me in the eye-watering reality when my daughter showed me the photographs she had taken during a trip with the Hope Foundation. Being a patron and adding my limited support is the very least I can do and I feel honoured to be invited”.

“I am absolutely delighted to be a patron of such a worthwhile charity.”

“I am very pleased to be involved with a charity that works primarily with severely underprivileged children and the difficulties they encounter.”